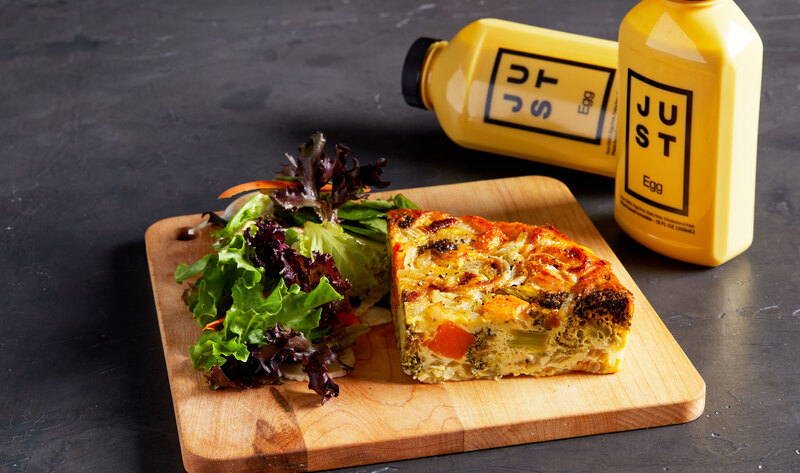 Starting September 18, restaurant chain Le Pain Quotidien (LPQ) will replace its original frittata (made with chicken eggs and other animal products) with a vegan version made with JUST Egg at all of its locations in New York, Los Angeles, Miami, Chicago, Philadelphia, and Washington, DC. The new frittata will feature mung bean-based JUST Egg, roasted butternut squash, broccoli, caramelized onions, and almond milk. “At Le Pain Quotidien, we’re always striving to provide delicious, health-conscious, and eco-friendly offerings to a range of diners around the world. This fall, we’re thrilled to be adding the plant-based JUST Egg frittata—a savory, satisfying dish sure to tempt taste buds at breakfast, brunch, or any time of day. We’re excited to roll out this protein-packed offering and a variety of other vegan options on our fall menu,” LPQ US President Lou Ramirez said. In addition to the vegan frittata, LPQ’s fall menu will feature new vegan options, including Zucchini Noodle Pad Thai Salad, Crispy Quinoa Cake, and a Roasted Delicata Squash & Cashew Cheese tartine made with vegan Treeline Treenut Cheese. “We’re grateful to be launching JUST Egg with a partner that not only values high-quality ingredients to make simple, nourishing, and delicious dishes, but one that also understands the benefits of eating more plant-based foods, for the health of our own bodies and for the planet,” JUST co-founder and CEO Josh Tetrick said. “Its companies like Le Pain Quotidien that are leading the way to building a more sustainable food system.” Launched at select restaurants in 2017, JUST Egg expanded to the retail sector in April and has recently hit a milestone of selling the vegan equivalent of 10 million chicken eggs.

10 Vegan Gifts to Give Your Man for Hanukkah This Year

Beyond Meat Is About to Go Public; Founder Ethan Brown Speaks About the Evolution of Meat