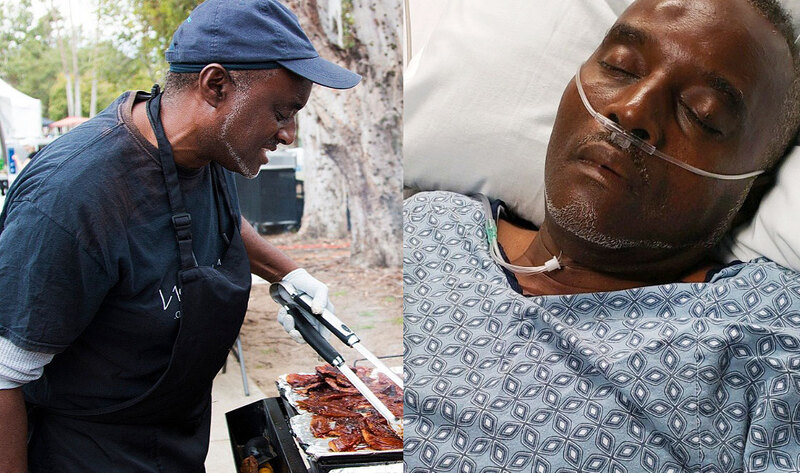 California-based vegan fried chicken company Atlas Monroe is asking for the community’s support after a team member—founder Deborah Torres’ father—suffered a heart attack while on vacation over the weekend.

“Some of you already know this but he’s the guy who grills and smokes all your apple wood-fired ribs, deep fries all your chick’n, and ships out all your packages,” Torres posted on Instagram. Torres attributes her father’s heart attack to the stressful, life-changing events he endured. Torres shared the story of her father working at the Gilroy Garlic Festival in Gilroy, CA where a mass shooting happened, killing four people and wounding 17. “The gunman was right before him when a young girl ran into his booth and he shielded her under a table with his whole life, bullets ricocheting all around them,” Torres said. He was also present during the September 11, 2001 attacks at the World Trade Center in New York City and helped evacuate people to safety. “By the time the towers fell, he’d run just three blocks away with a stampede of everyone else who felt what was about to happen,” Torres said.

“Asking for help from you guys is the least I can do for my dad. If you can please donate whatever you can and leave comments so he can wake up in a few days and see all the love you guys have poured in for him … so much so that it heals his heart. I’ve got nothing else to say except that PTSD, terrorist attacks, and these mass shootings are no joke and affect so many people long after the news moves on to the next big thing. Take time for self-care if you are going through anything. Take time to let the ones you love know how dearly you love them [because] you really never know when it will be the last time you get to say that.”

Torres created a GoFundMe page to help cover the costs of her father’s medical emergency—which occurred out of state and required two surgeries—which she estimates will cost upwards of $200,000. Last year, Atlas Monroe became known as the first vegan vendor at the National Fried Chicken Festival in New Orleans, LA. Shortly after, Extra Crispy editor-in-chief Ryan Grim declared their wheat-based Cajun Fried Chicken and Waffles the best dish he ate at the festival.

87 Percent of Consumers Are Not Confused By Vegan Milk Labels