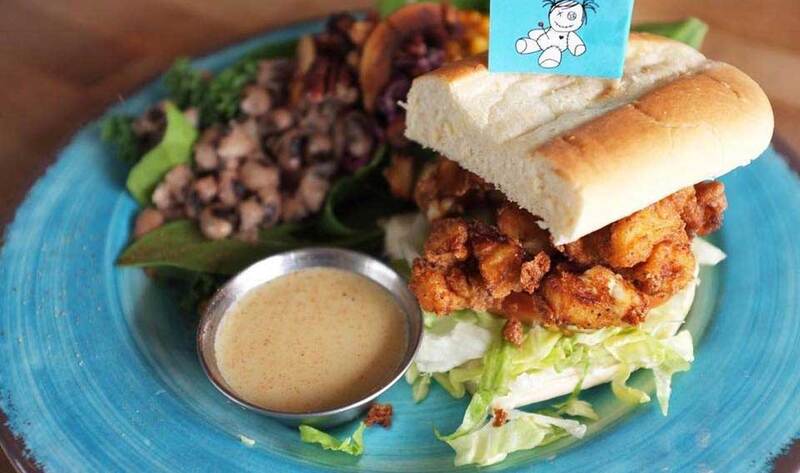 Former petroleum engineer Krimsey Ramsey is opening an all-vegan po’boy restaurant in Los Angeles this summer. Krimsey’s Poboy Shoppe will replace an old location of sandwich chain Subway in the Silver Lake neighborhood. Ramsey opened her first vegan Cajun restaurant, Krimsey’s Cajun Kitchen, in North Hollywood three years ago after operating a catering company. The new eatery will serve Krimey’s most popular menu item, the po’boy sandwich, along with select Cajun classics in a quick and casual setting. The menu will feature po’boys such as the New Orleans Poboy with seasoned and battered hearts of palm with vegan mayonnaise, lettuce, tomatoes, dill pickles, and Krimsey’s sauce, and the Rainbow Pride Poboy with mayo, tomatoes, carrots, battered hearts of palm, spinach, red cabbage, and spicy sauce, along with sides such as hush puppies, fried pickles, and potato wedges. “Cajun vegan is no longer an oxymoron,” Krimsey’s website says. “We believe in good voodoo through food and community, and our mission is to share it with both vegans and omnivores alike.”

8 Vegan-Friendly Ways to Lather Yourself in Pumpkin