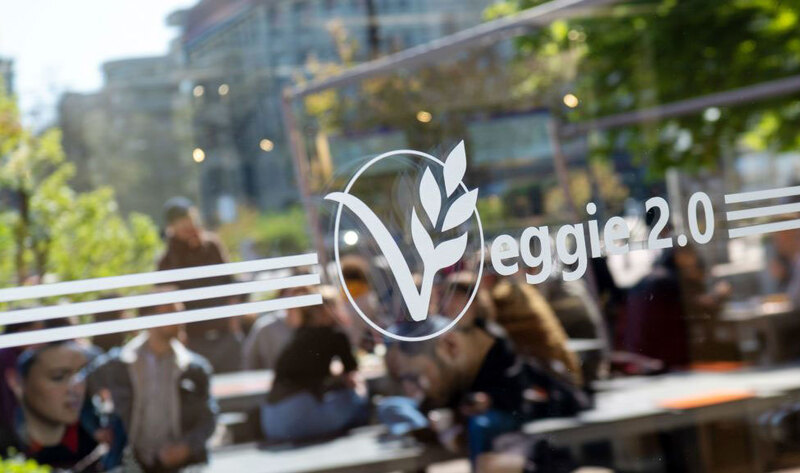 Veggie 2.0—Berlin’s first all-vegan student cafeteria—opened on campus at the Technical University of Berlin. The new “mensa” (the German term for school food hall) was developed by state-run student agency Studierendenwerk Berlin to serve Berlin’s growing demand for plant-based food where 13.5 percent of the student population identifies as vegan, according to a recent survey of 14,000 individuals. “The need for a mensa like this was certainly there,” Jana Judisch, a spokeswoman for Studierendenwerk Berlin, said. “Here we have the opportunity to try out recipes and to develop the range. It’s like we have a research assignment. After all, it’s a new field for the entire gastronomical world, and we’re in a good place to practice and experiment with new ideas.” Located in the same building as a mensa that features meat-heavy German fare, Veggie 2.0 seats 172 inside and 82 outside and expects at least 500 daily customers, comprised of students, faculty, and the general population. Prepared by vegan chef Nicole Graf, the food hall serves a variety of rotating dishes, including pasta (made fresh on-site), curry, vegetable entrées, salads, soups, and several dessert options. “The exciting thing about vegan cooking is that there’s a lot to discover,” Graf said. “I’m learning all the time and here we can try new things out.” Studierendenwerk Berlin is willing to work with other schools to expand the Veggie 2.0 concept.

Study Debunks That Eating Chicken Is Better Than Beef for Controlling Cholesterol&nbsp;&nbsp;